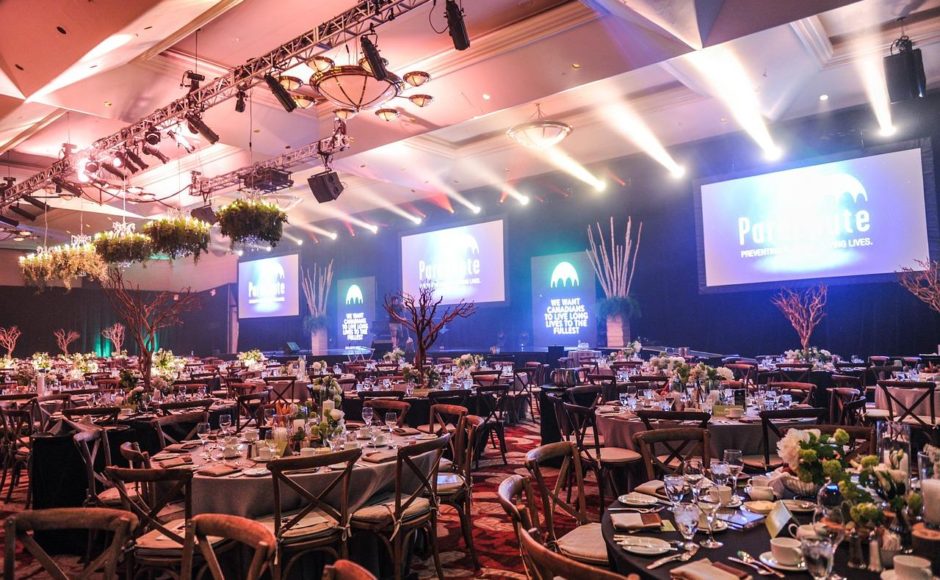 Planning a corporate event can be tedious. You want your colleagues to have a good time and bond with one another, but certain boundaries can’t be crossed. Things still need to be kept somewhat professional, no matter what. This limits the type of corporate entertainment that you can book for the event.

For example, you can’t have a burlesque troop or anything along those lines, because that would be unprofessional and it might even make some people uncomfortable. With that said, you do have plenty of possible options to choose from, including these ten.

Cover bands are fairly inexpensive and play a lot of well-known tunes that people love and enjoy. You can choose a cover band that plays music from a particular decade, such as the 1960s or 1990s, or even one that only plays music from a certain band, such as Aerosmith or Led Zeppelin. These acts don’t charge much, and there are plenty of them around the country, which makes finding the best one for your needs fairly easy to do.

While a comedian won’t charge are much as a national touring band (see below), they will cost more than a cover band. It all comes down to the overall size of your budget and how many people you’ll have in attendance. Comedians tend to be pretty universal as far as their comedy is concerned, so you won’t have to worry about picking a certain one. Just see who’s available in your area.

Escape rooms are the newest fad. Everyone loves to try to “escape” the space using all of the clues in the room. Pick a room in your even space and turn it into something that your workers will enjoy. Plus, it helps build teamwork by making everyone work together to get out.

Who doesn’t love Elvis Presley? Those who like his music will enjoy seeing an Elvis impersonator at their next work event. You can even hire several different celebrity impersonators – all covering the same person – and have a contest to see which one is best. You might find that some of your workers enjoy impersonating a certain celebrity of their own.

A scavenger hunt can be a lot of fun, especially if you have your employees work in teams to collect all of the items on their list. If you make it work-related (choose a scavenger theme that fits in with your particular industry) and have a prize or two for the winning team, then everyone will be motivated to participate. Remember that scavenger hunts don’t need to be childish in nature. Instead, they can actually be quite sophisticated, based on the theme.

If your company has the money, check and see what types of musical acts are available in your area. In some cases, if the money is right, many large national acts will fit your corporate event into your schedule. Be prepared to shell out between $500,000 and $1 million dollars (or more), depending on the popularity of your chosen band.

Put Together a Game Show

Certain nationally televised game shows, such as the Price if Right, have smaller versions of the original thing that travel the country. Many of them set up “shop” so to speak at amphitheaters and sell tickets to the public, but you can also book them for corporate events. Your employees will enjoy having the chance to win a prize or two while participating in a game show that they’re very familiar with.

If your corporate events budget is fairly small, making a cover band or headlining act out of the question, go for a DJ. Many charge less money, and they’ll play the tunes that you ask them to, ensuring that your workers will have something fun to dance to.

Make It a Casino Night

As long as gambling is legal in your state and you have all of the right permits in place, why not turn your next corporate event into a casino night? Even if you have your employees play for prizes instead of cash (due to legal reasons) it will be a lot of fun. Who doesn’t want to play roulette, blackjack, or poker against their colleagues? These events will be a big hit and give your workers plenty of time to bond with one another.

A magician will entertain the crowd, leaving many people asking “how did they do that?” The best way to choose a good magician is by asking other event planners for recommendations. You don’t want to hire a magician who isn’t as good as they seem.

One thought on “10 Entertainment Ideas For Corporate Events”